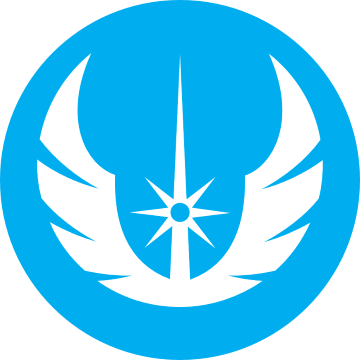 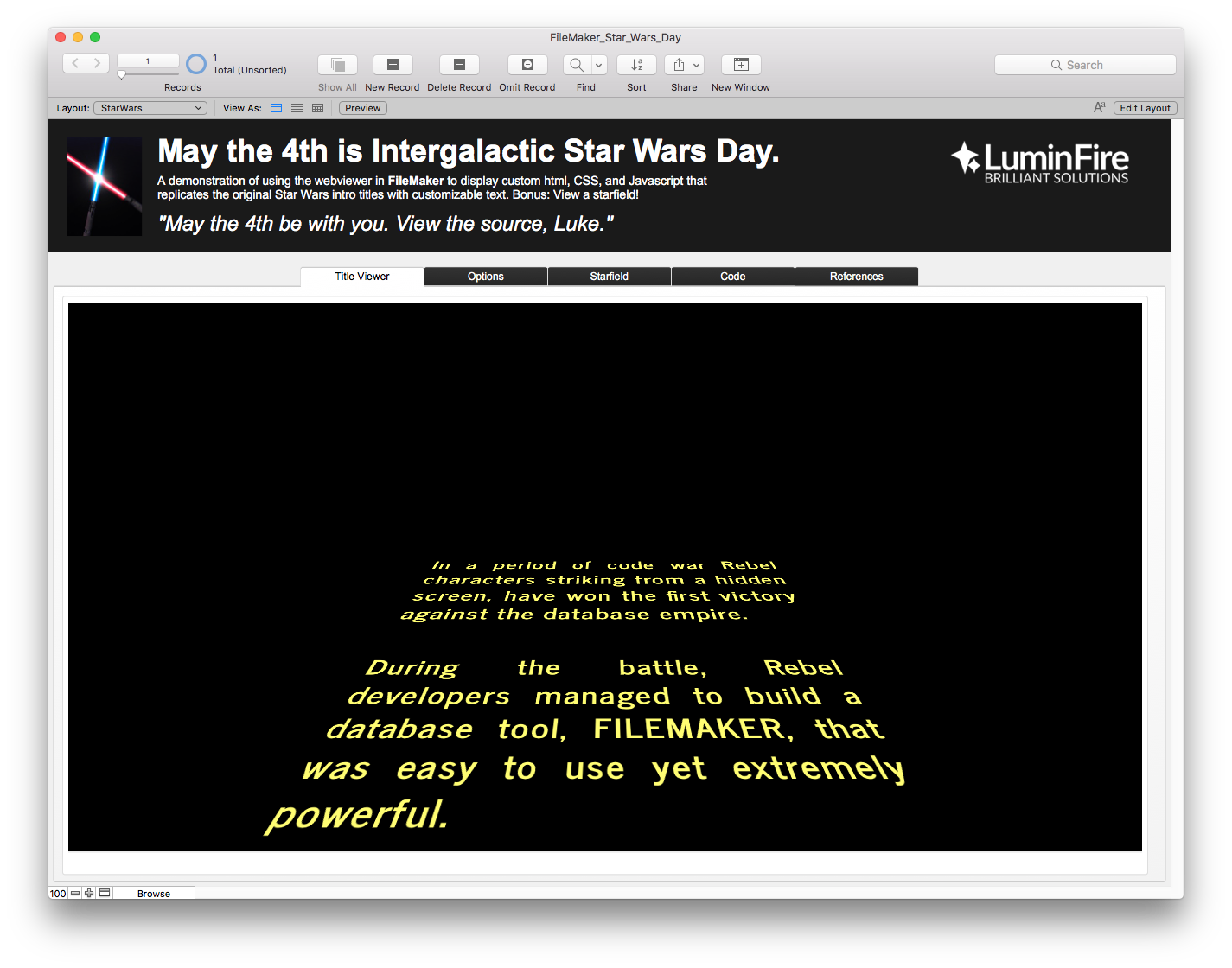 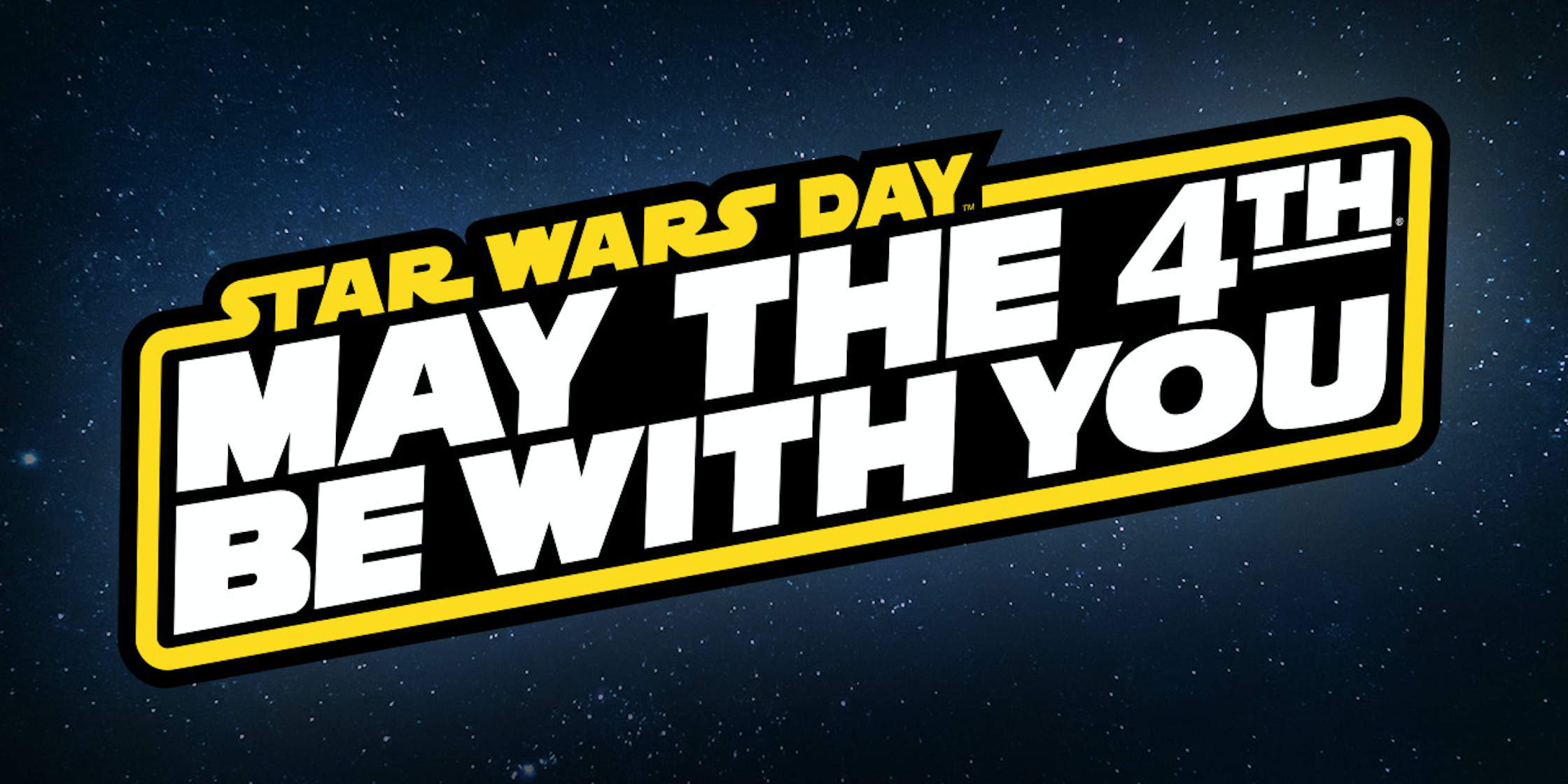 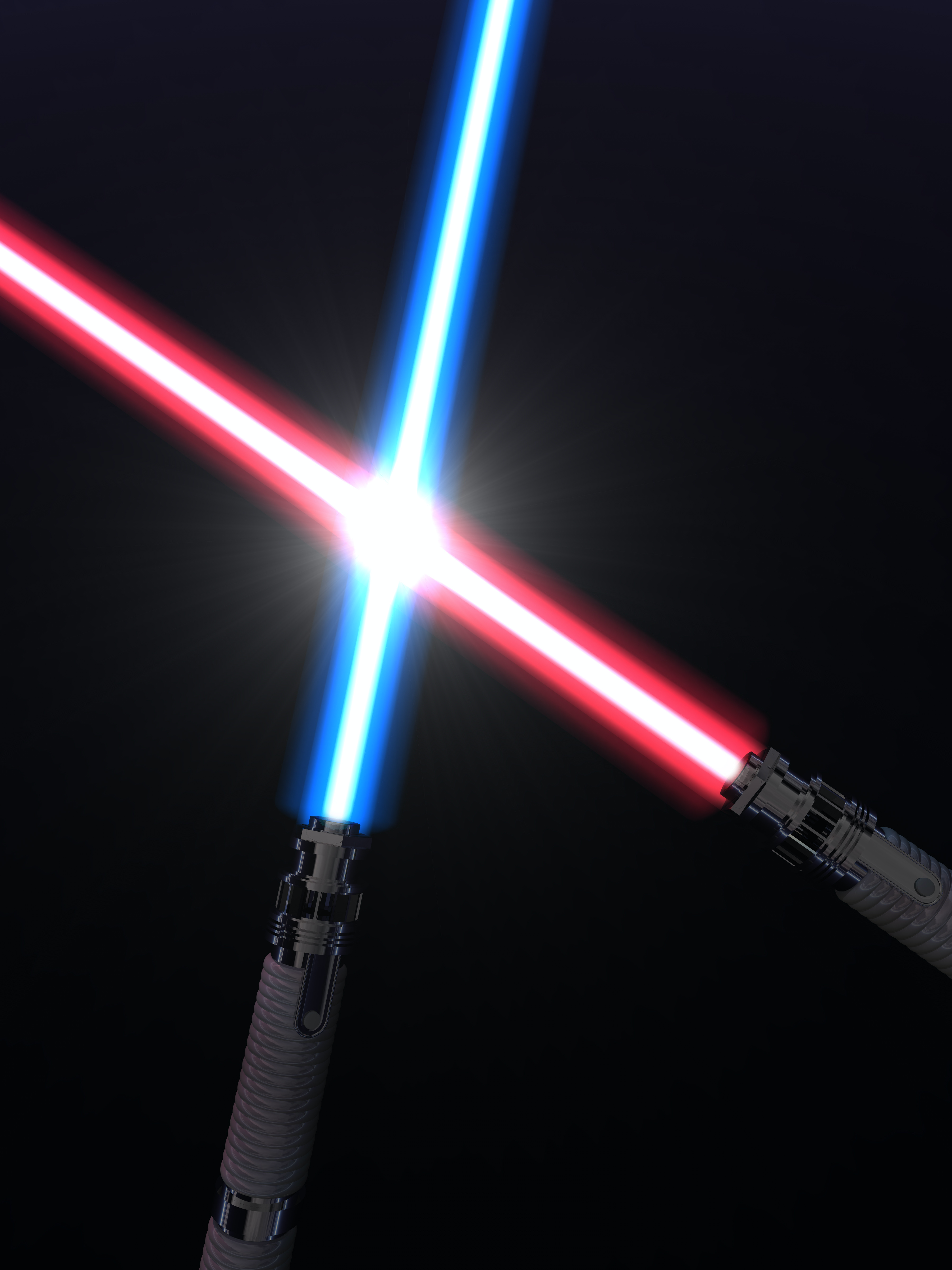 Use html, CSS, and Javascript in a web viewer to display the original Star Wars intro titles.

In honor of "MAY the FOURTH by with you" day, we have put together a FileMaker database that uses html, CSS, and Javascript in a web viewer to display the original Star Wars intro titles with customizable text. As a bonus, there is also a navigable Starfield so you can feel almost like you’re steering the Millennium Falcon right from your FileMaker database!

How it works: The web viewer in FileMaker may be used to display any website URL. It can also be used to render html, CSS, and Javascript stored locally in the FileMaker database (as opposed to being hosted on a web server). In FileMaker 14 and earlier, the use of the data URL prefix data:text/html was required to tell FileMaker that what follows is code instead of a URL. That prefix is no longer necessary in FileMaker 15 and above, but we left it in to maintain backwards compatibility. By placing the html/Javascript/CSS code in a stored field, simplify the creation of this data URL so we can use quotes without changing them to single quotes or escaping them in the FileMaker code.

We took advantage of existing code created by web developers such as Tim Pietrusky to display the actual titles with animation. He explains the details here. It’s some pretty cool stuff.

Did you know that FileMaker is used by LucasFilm to track the continuity of the Star Wars universe? A database put together by Leland Y Chee called the Holocron covers over 55,000 records of characters, planets, and weapons. It’s named after a repository of mystical Jedi knowledge. Continuity is a term used in the movie industry that refers to maintaining continuous action and self-consistent detail in the various scenes. With so much information to keep track of, a database is necessary to have a shareable and easily searchable repository of information. FileMaker fits the bill perfectly.