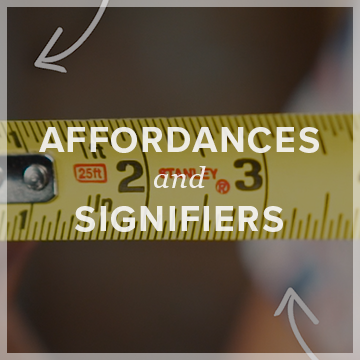 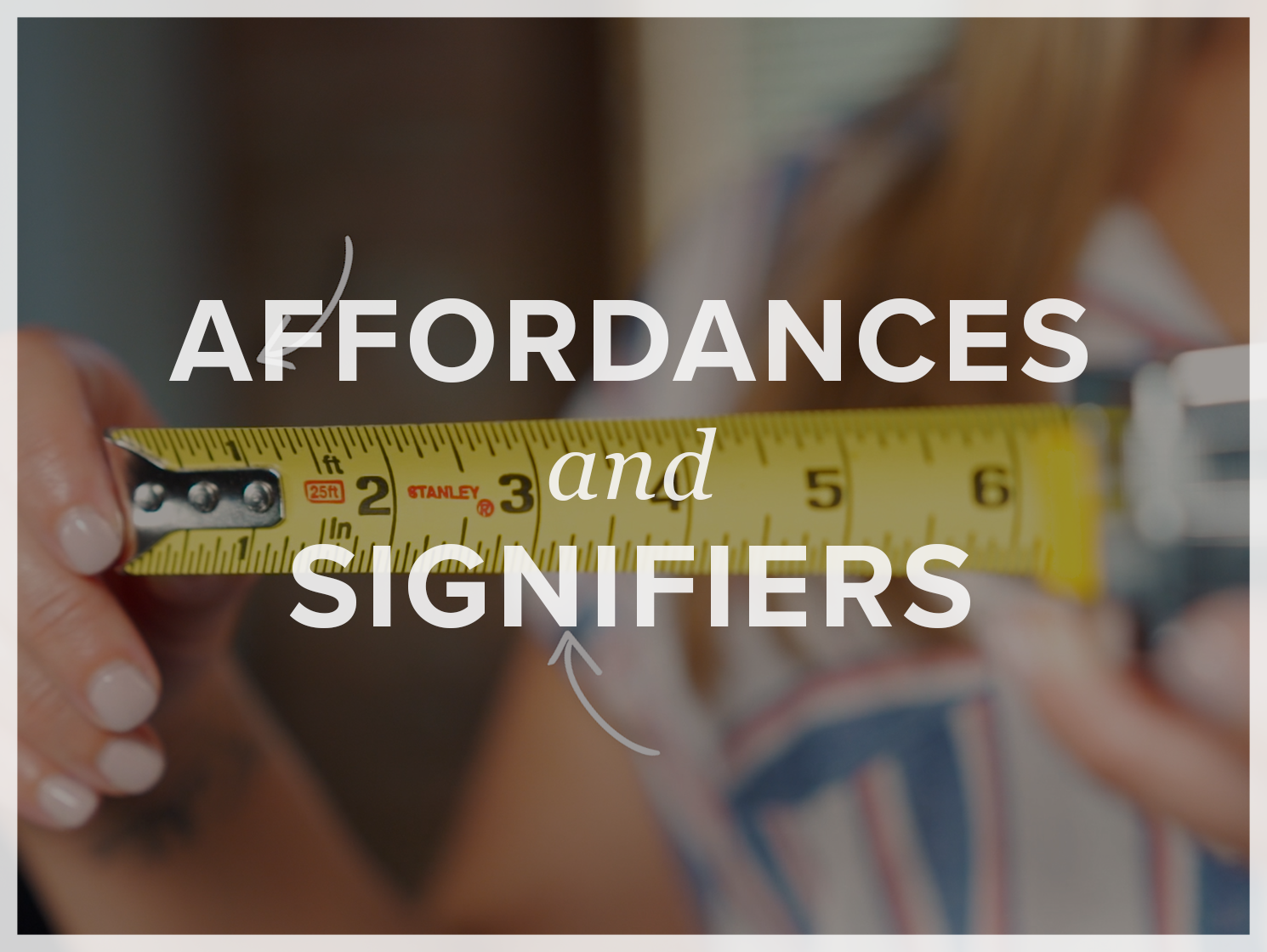 WHAT ARE AFFORDANCES AND SIGNIFIERS?

WHAT ARE AFFORDANCES AND SIGNIFIERS?

In layman’s terms, an affordance is something that an object can do when interacted with. A signifier is a method of communicating an object’s affordance to users. To help you understand these terms in the context of software and website development, consider the affordances and signifiers of a physical object you may interact with.

For example, think of a metal tape measure. The metal tab on the tape indicates you should pull while the markings demonstrate measurement. If there is a string handle, you also know you can hang it on your wrist or store it in a hanging manner. These are signifiers that help indicate some of its affordances.

However, that is not the conclusive list of affordances. And if you give young children a tape measure, I guarantee they will find additional, non-traditional affordances—pinky promise. You can extend the tape several feet and put it in the lock mode then use it as a lightsaber. The strap can be used to create a swing projectile similar to a stone in a sling. While a tape measurer’s creator had specific usages in mind, its affordances are 100% determined by the user and how they interact with it.

(1) Mobile devices do not have the hover state, limiting your ability to communicate about a feature, and

(2) FileMaker Go does not support the swipe function that is otherwise a normal gesture on tables and smartphones.