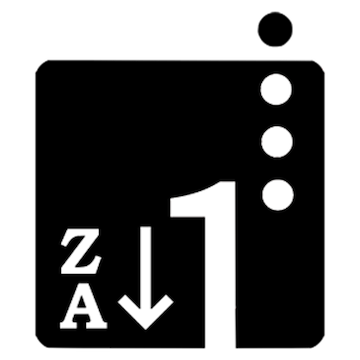 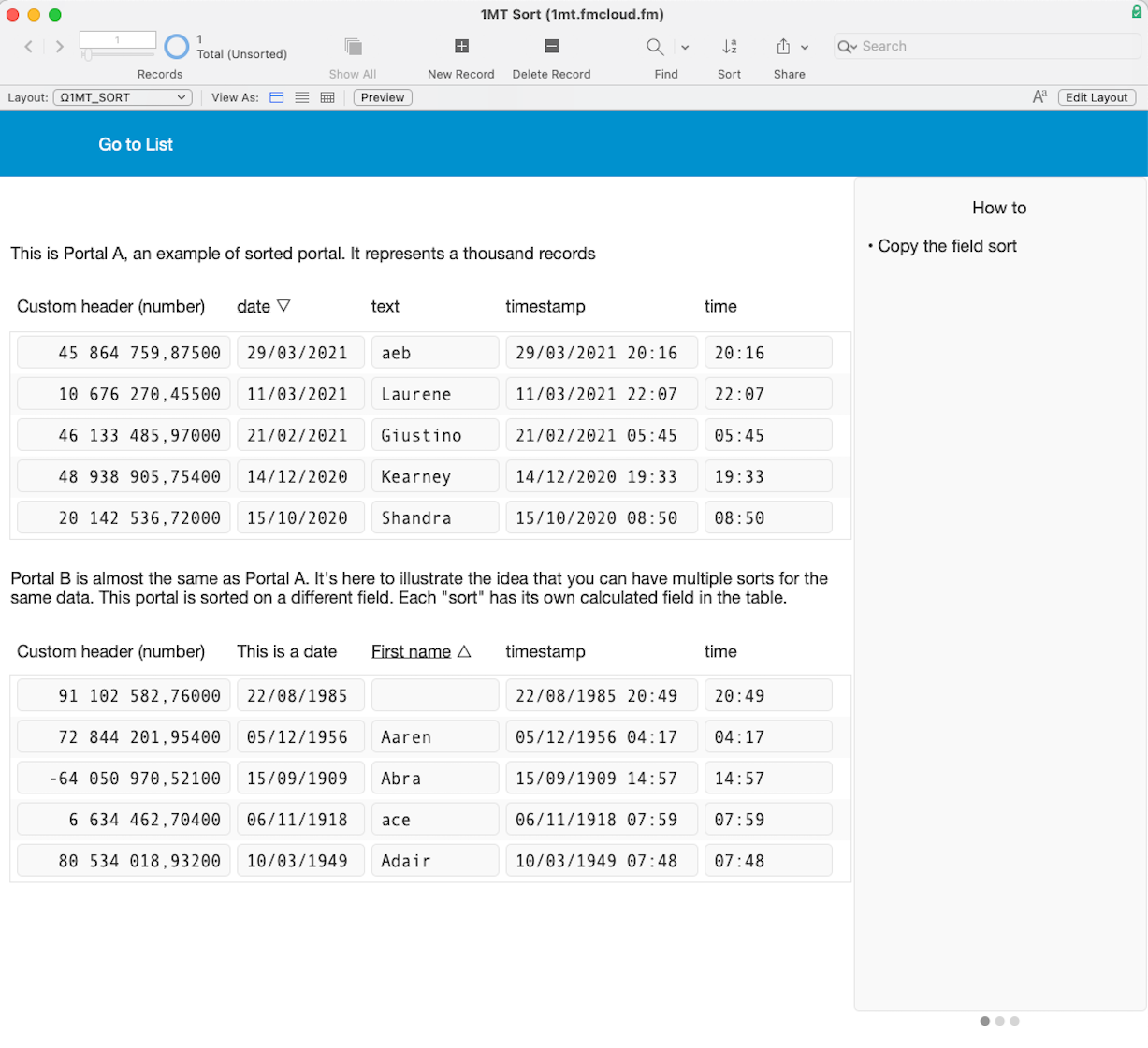 Add-on to implement a sorting mechanism to your custom app

Thanks to 1MT Sort, you can implement a sorting mechanism in just a few moments, either on a list layout or above a portal.

Limitations :
1MT Sort has been tested with datasets up to 2000 records, with remarkable performance (with no discernible difference to native sorting). At 10,000 records the native sort is significantly faster.
Decreasing sorting of text fields in languages using an alphabet other than Latin and its derivatives, like Greek, Cyrillic, Thai, Arabic, Hebrew… is not supported natively but the function can be adapted.