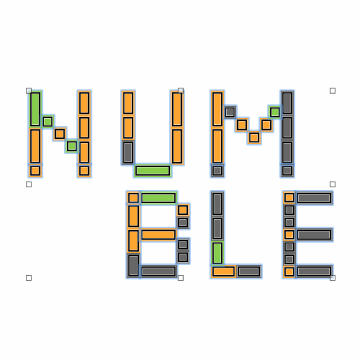 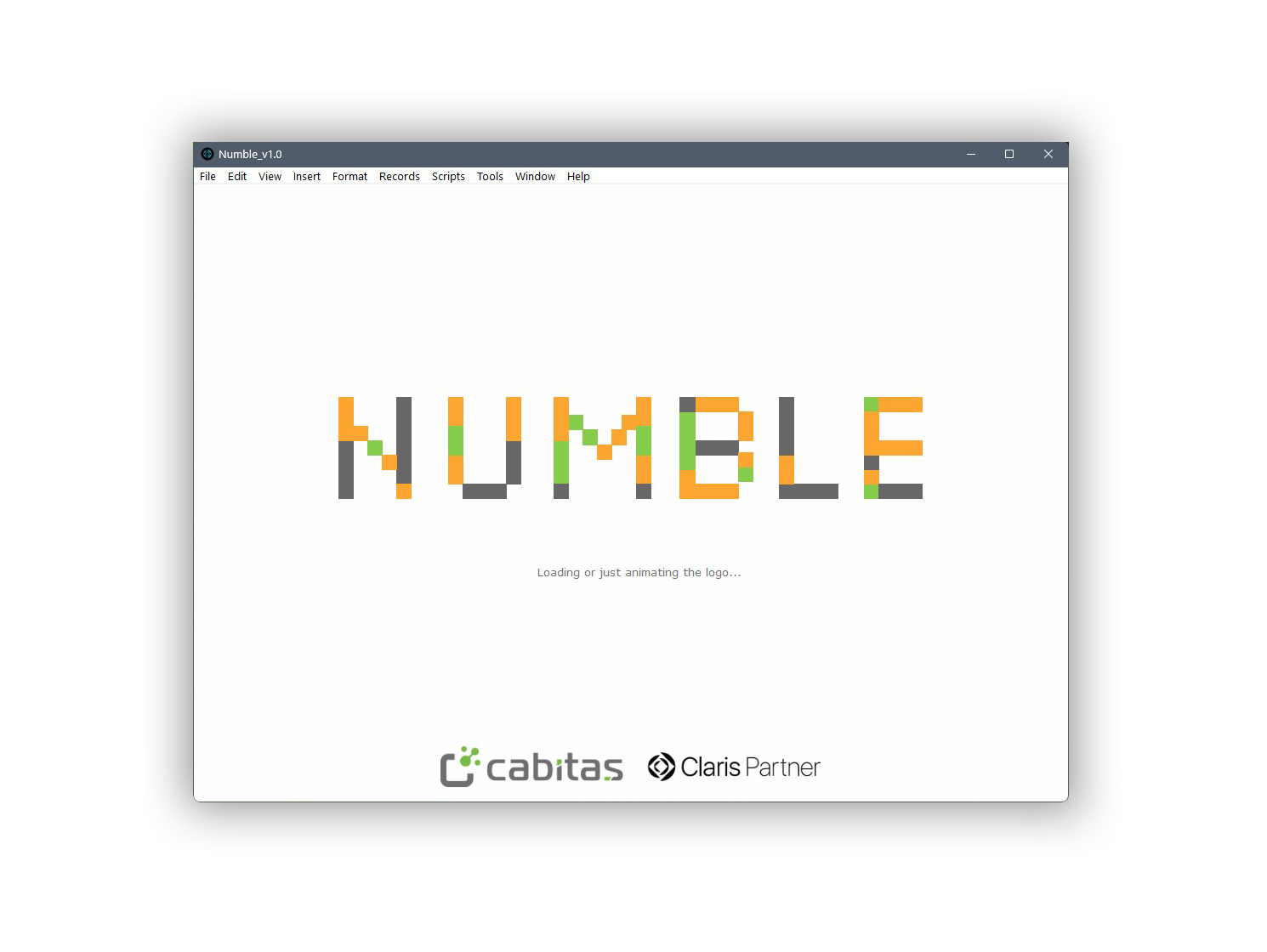 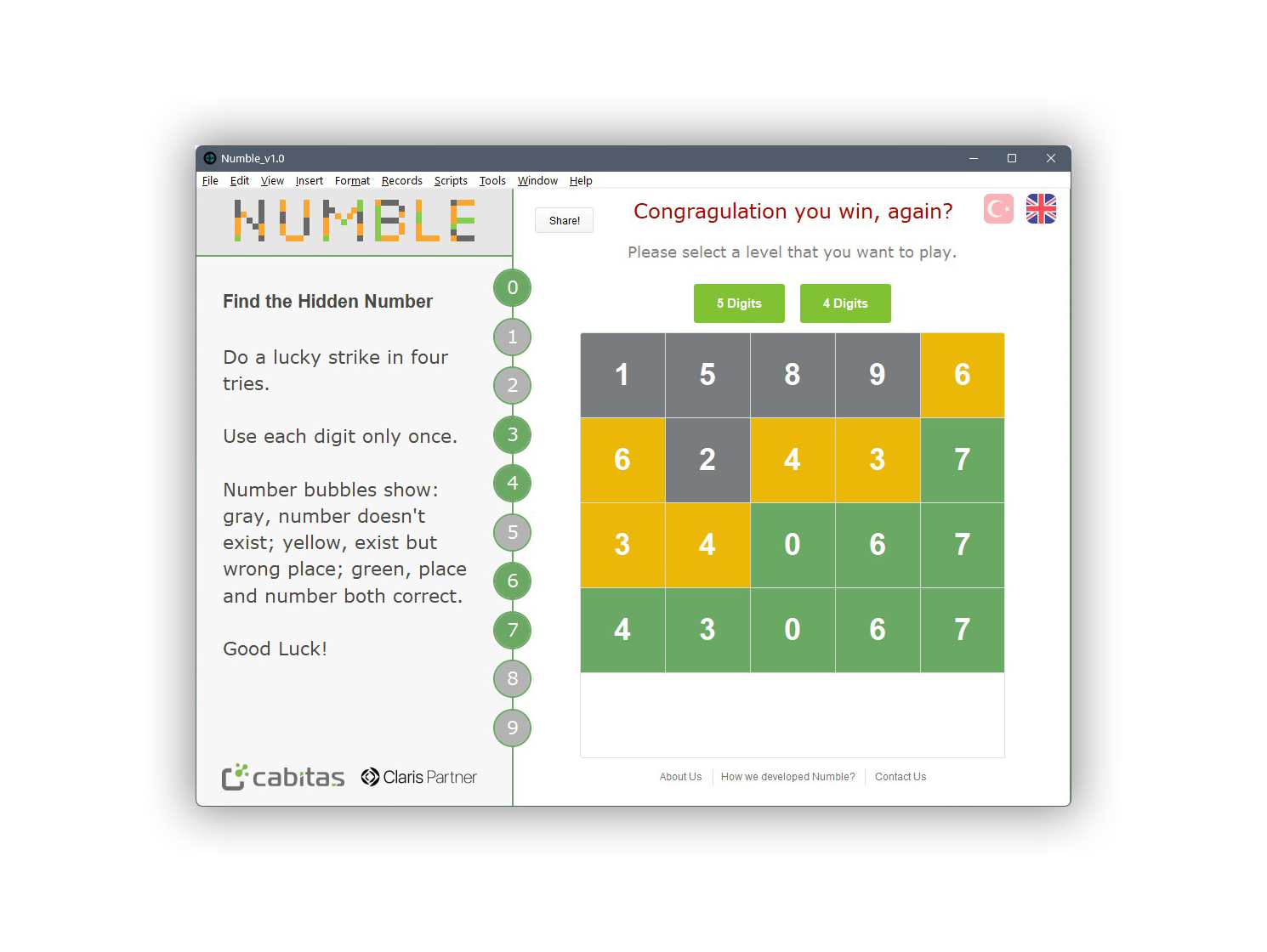 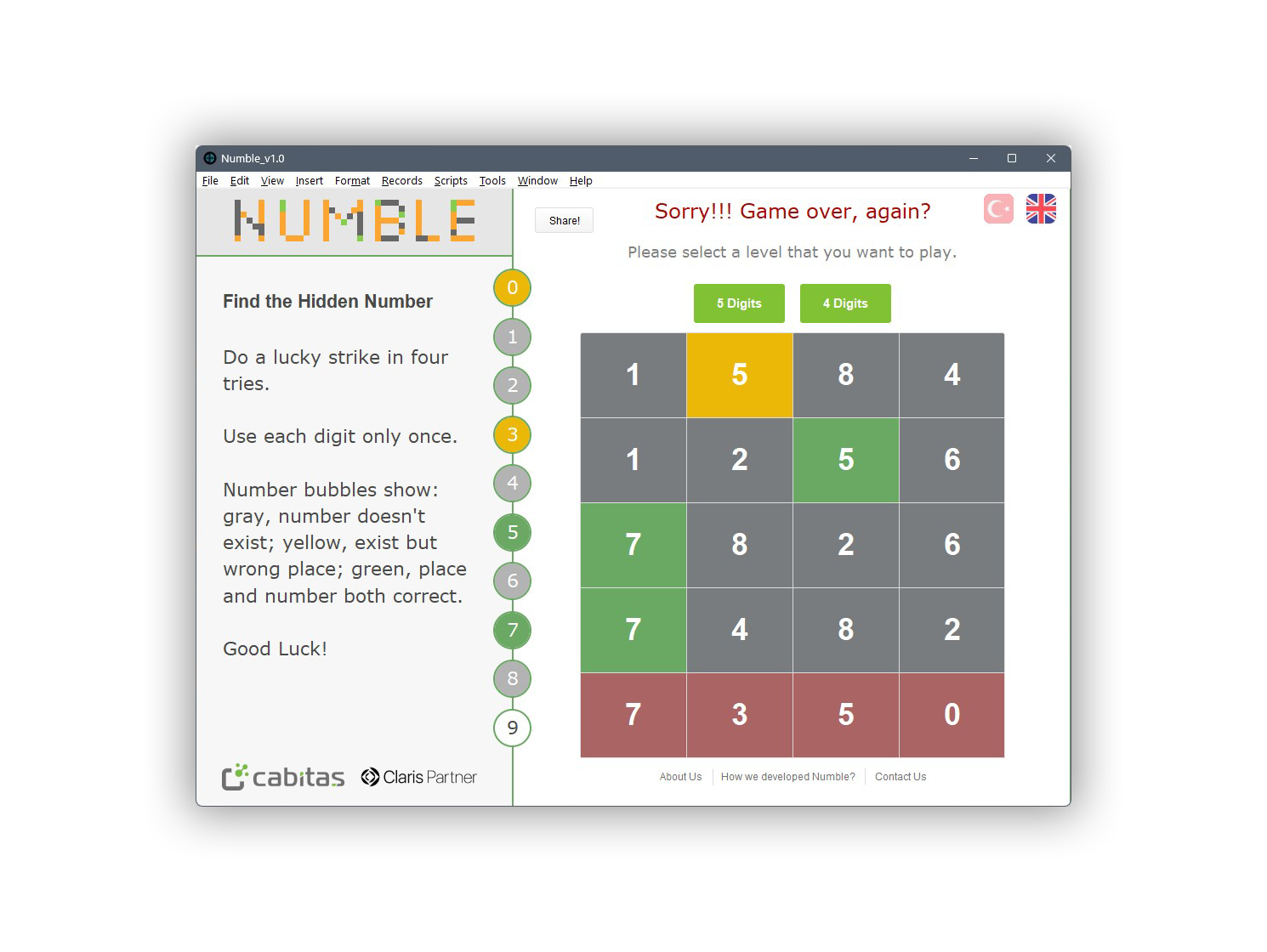 Find the secret number in 4 guesses. Developed on Claris Platform just for fun, it is open source.

As a Claris FileMaker developer for more than 30 years, I would like to emphasize that the improvement on the Claris Platform is marvelous. So why do we use File Maker Pro only for businesses? Why don't we use this tool for making games?

You may have been familiar with and played with Wordle, which quickly became popular in early 2022. It is a game that expects you to find the hidden word. Why don’t we do a similar game application via FileMaker Pro?

Remember the number guessing games you played as a kid? Let's go back to the past. We used to play numbers on paper in our spare times as a family. On the lucky guess we would win the game, on the unlucky guess we would get "next" answer loudly. Let's play but this time, have a computer or a phone instead of paper and pencil. We decided to make it happen on the digital platform as a game Numble while we were talking about games and our memories.

On this small project, we have used only build-in capabilities and functions. There is no plug-in, no JavaScript, and no custom function. It is pure FileMaker solution. As a result, we made a game using just FileMaker Pro. Let's start your daily brain training with Numble.

1. Download the game from our website
2. You have 4 tries to guess a number which consists of 4 or 5 digits in Numble.
3. Select how many digits you want to play from the green boxes.
4. Type your guess and press "enter".
5. The game shows you whether you approach according to the color of the boxes in the number chain on the left. A gray bubble means that the number you typed is not in the answer at all. The yellow bubble means the number is correct, but in the wrong place. The green bubble means you found the right number in the right place.
6. Use each digit only once.
7. Try to solve Numble before you run out of guesses.