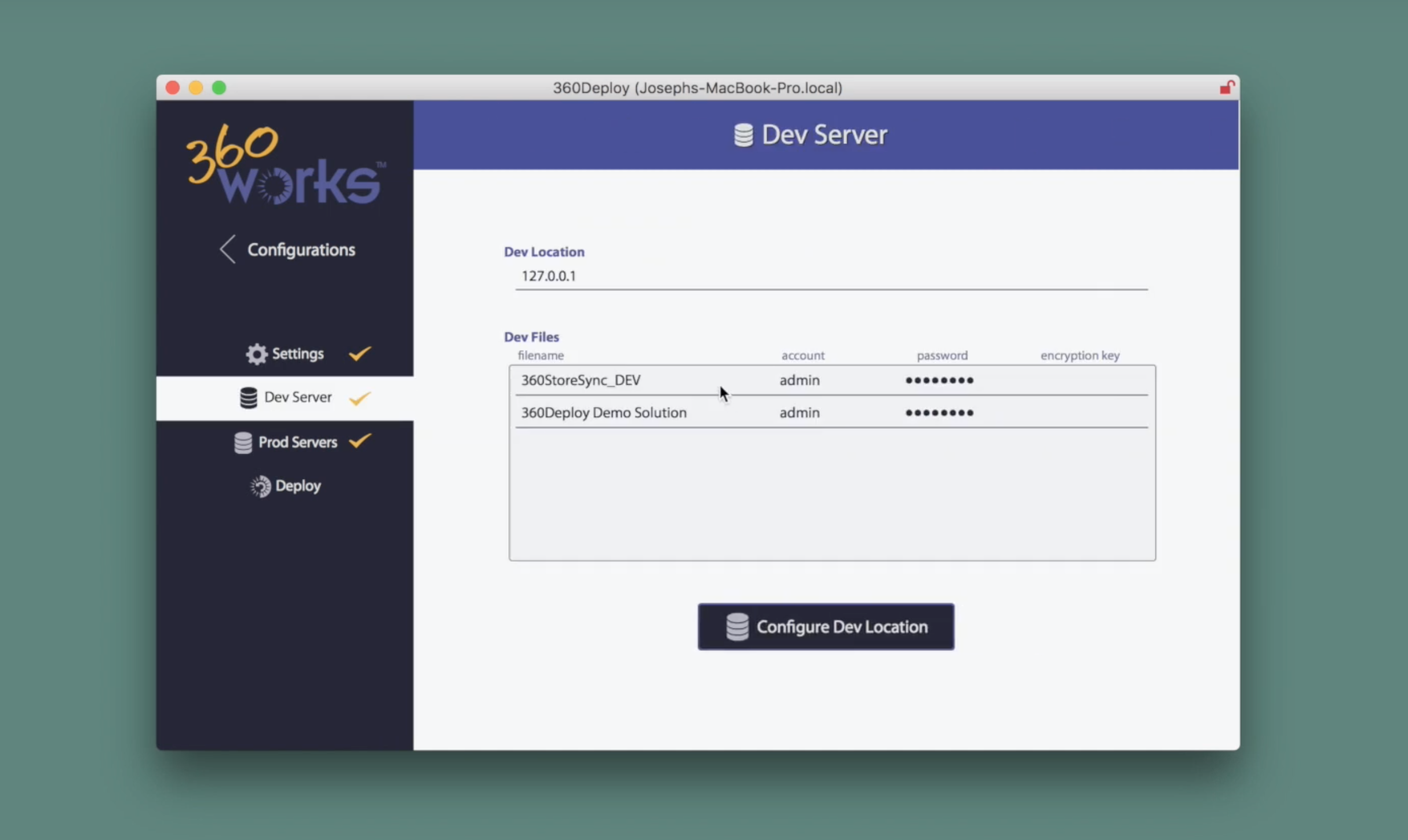 At the click of a button, deploy your development environment onto a production server

360Deploy leverages the FileMaker Data Migration Tool, making the import process extremely fast while maintaining the ease and automation of 360Deploy. Vertical Market solution developers will especially benefit from 360Deploy, as it allows for simultaneous remote deployment to multiple servers. Developers with shrink-wrapped software can do a simultaneous version update to multiple client servers around the world… all with a single click.


Once you press the ‘deploy’ button in 360Deploy, there is nothing left to do. It sends the new version to FileMaker Server (or multiple servers), and then runs in the background on each server, so you are free to continue working, take a break, or head home for the night, knowing that the new version will be safely deployed to users on each server by the time you get back. You’ll receive an email when the process is complete. Skip the hassle of fumbling with files on the server and stick to the “one-button click” of 360Deploy for dev changes!

FileMaker Developers working on a development file can deploy changes made to their database structure and import the data at the click of a button. It is a hands-free, robust tool designed to give developers a safe and efficient migration process through the following method:

- Clones: creates a clone of the development database
- Transfers: the clone is transferred to the production server
- Imports: data is imported from the production database and into the clone to absorb the new architecture.
*For large databases, it supports a scheduling feature to run imports overnight.
- Sets Serial Numbers: Next serial numbers from old production databases are applied to new database version
- Archives: as a safeguard, it backs up the production solution in archived, timestamped folders prior to import should clients wish to revert back to the old structure
- Renames: renames the file
- Resumes: reopens the file